A fresh breeze for the dairy case

Leap from iQ to NiQ: The new generation of energy-saving motors from ebm-papst is more efficient and economical than its predecessors – and is even suitable for use in the food sector. 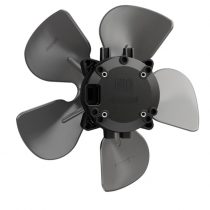 Figure 1: The NiQ – the latest generation of energy-saving motors from ebm-papst.

In refrigerated display cases, dairy cases and bottle coolers in the commercial food sector, fans are in permanent use. This is why they hold great potential for saving energy. The iQ motor – a compact motor for driving axial fans for cool air distribution in evaporators and cooling in condensers – has been available for a long time. It uses proven GreenTech EC technology to achieve high efficiency rates. This is why food retailers and gas stations have successfully relied on iQ motors from ebm-papst for some time.

Now the NiQ, the next generation in the series, is on the market (Figure 1). The latest development from ebm-papst combines the proven properties of the iQ and iQ2 motors with a new design – both inside and outside. The developers were able to make the “next-generation iQ” more efficient and above all, more economical (Figure 2). And the new motor platform features enhanced functionality for a wider range of applications.

The NiQ is a completely new motor platform that currently provides three sizes with different levels of power. In accordance with the low speeds the applications typically require, the motor has been optimized to 800 to 2,000 rpm and the corresponding torque. To achieve this, the developers placed the entire motor design on the test stand and changed it at key points. In the NiQ, they replaced the current 4-pole design with a new 6-pole motor concept. Figure 2: The efficiency of the new NiQ motor has been optimized beyond the level of its predecessors iQ and iQ2.

The motor with this design functions more closely to the ideal speed, which has a positive impact on its efficiency and smooth operation. Its modified solenoid technology also boosts motor efficiency. The sintered hard ferrite magnets used in the NiQ have a higher magnetic remanence, allowing them to generate a higher motor efficiency level than the plastic-bonded ferrite magnets previously used. They also added more improvements to the bearing structure. Depending on customer requirements, the NiQ can be delivered with different bearing greases for condensers and evaporators.

And the modified motor concept offers one more advantage. Due to the optimized mechanical motor design, the air gap between the rotor and the stator has been significantly reduced. As a result, the torque is now a few percentage points higher. Overall, the development team at ebm-papst has changed the motor to create the perfect balance between efficiency and costs. Figure 3: Thanks to the revised motor concept and the modified housing, the NiQ now has a round design.

The first impression reveals that the NiQ is noticeably different from its predecessors. Unlike the iQ with its distinctive aluminum cuboid shape, the NiQ relies on a more organic look (Figure 3). A round motor shape has emerged from the 6-pole design. This feature was transferred to the housing. But despite their new concept, the NiQ motors are not ideal for new developments alone. They also make retrofitting easy. They have the same outer dimensions, mounting points and connections as the Q and iQ motors – and the existing accessories are also identical. The advantages of the NiQ can also be used for retrofitting.

The new material also played a role in shaping the NiQ. The developers replaced the current aluminum housing with plastic. From a manufacturing point of view, the new round design showcases the NiQ’s advantages. Manufacturing with plastic is much less energy intensive than aluminum, and the new material easily meets the specifications for degree of protection IP54. The PPC-based material resulted in two fundamental functional innovations. It meets the prerequisites for protection class 2 and the requirements of the US Food and Drug Administration, EU regulation 10/2011/EU, the framework regulation 1935/2004/EC and regulation 2023/2006/EC.

Plastic easily meets the specifications for degree of protection IP54.

The NiQ is not only calibrated for use in harsh environments with a temperature range of -40 °C to +50 °C, but also functions without a protective earth and can be used in indirect contact with food. This is a key advantage for applications in refrigerated display cases for fruit and vegetables, for example. Finding the right plastic was a major development challenge: it had to meet protection class 2 and satisfy the requirements of the regulations.

Wound around the stator

The modified design and intelligent material selection were not the only factors contributing to the NiQ’s increased economic efficiency; pioneering production changes also played a role. The developers achieved a reduction in the NiQ’s total number of parts. And for the motor assembly, threaded fasteners are a thing of the past. Plug-in processes are the only ones used. These changes create the conditions for automated production.

This is not only a matter of aesthetics: the developers selected a more application-friendly certification concept with a special thermal sensor for the NiQ. This innovative concept can only be implemented with an extremely even winding result.

Available functions for the NiQ

When starting, the NiQ runs in reverse for a pre­defined time to blow away the dust collec­ted in the con­den­ser’s heat ex­chang­er.

Two speed levels are pre-programmed in the fac­tory. Thus, the app­li­ca­tion can be run in dif­ferent day and night modes for even great­er ener­gy sa­vings.

Although the NiQ only comes in three sizes, from the technical viewpoint they replace several sizes of the old AC motor technology used in the Q motor. The catalog versions are available as 5 W (NiQ 3208), 12 W (NiQ 3212), and 18 W (NiQ 3224) output power with speeds between 1,300 and 1,550 rpm. And as required, the NiQ provides all the extra functions of the iQ2 motor: reverse on start, reverse on demand, or two speeds (see box).

The production line also reflects this platform concept. Along most of the line, identical motors are produced and assembled in three sizes. The actual variant is generated only at the end of the production line. This means that the motor obtains the required electronic version in the last step, when the software is loaded onto the printed circuit board.

And instead of the former pre-installed cable, a plug-in cable that meets customer requirements is provided separately. These changes bring customers other advantages in addition to saving costs. The reduction in variants simplifies ordering and warehousing because there are fewer item numbers. ebm-papst is also more flexible in relation to the market: customers receive their products much more quickly.

Our latest generation of energy-saving motors.

The iQ motor is conquering the freezers in the supermarkets»