The secret of the turtle

Orig­i­nally devel­oped espe­cially for respi­ra­tion devices, the “Turtle Blower” has since become estab­lished as a robust universal genius

The housing is what gave the Turtle Blower its nick­name. The small black plastic case with the five screw bosses and the blower outlet are remi­nis­cent of a small turtle. The task that the apparent reptile fulfils is revealed by its product desig­na­tion: CPAP centrifugal blower ECI 30.20. The compact blower was devel­oped for medical respi­ra­tion aids. It supports patients suffering from irreg­ular breathing by ensuring that they have suffi­cient air supply. As the device is used right next to the patient’s bed, the little turtle has to be mainly capable of two things. Firstly, it has to be very quiet, and secondly it has to respond dynam­i­cally and posi­tively to the patient’s respi­ra­tion require­ments. But it can do a lot more than just that.

Ten years ago, engi­neers at ebm-papst in St. Georgen recog­nised that their exper­tise in air tech­nology and drive engi­neering was predes­tined for use in devel­oping blowers for helping sleep apnoea patients. The early devices were bulky and heavy. That changed in 2003 when the Swedish respi­ra­tion device specialist Breas decided that it wanted to market a more user-friendly model, following the trend in medical tech­nology of offering more compact devices that were not restricted to a specific point of use. Work started on the measuring rigs and in the devel­op­ment labo­ra­to­ries at St. Georgen: “The market for CPAP blowers was born in our labo­ra­to­ries in 1999, but the starting shot for the Turtle Blower was the joint project with Breas in 2003,” explains Product Manager Claudius Klose. “The ECI 30.20 drive that was devel­oped then was the orig­inal model for the drive in the Turtle Blower.” The engi­neers converted the motor previ­ously used from an external to an internal rotor motor, making a huge step in minia­tur­iza­tion possible. “The Turtle Blower is four times smaller than its prede­cessor, yet it has a greater power range and weights just half a pound,” summarises Klose. For use in CPAP respi­ra­tion devices, the blower has to satisfy specific require­ments. It supports the body’s respi­ra­tory reflexes with a controlled supply of air. Its air flow and pres­sure must be contin­u­ally adapted to the patient’s own breathing. The blower drive must there­fore be able to adjust its speed with extreme flex­i­bility. The devel­op­ment engi­neers at St. Georgen designed the blower to be suit­ably dynamic for a maximum oper­ating point at which a pres­sure vari­a­tion of four to 20 millibars is possible within the space of 200 millisec­onds. Yet, nobody is awoken by a howling motor. The Turtle Blower’s noise level of 40 dB(A) acoustic pres­sure makes it rather a quiet companion. This is also the result of its smooth-running design, which gener­ates extremely low levels of vibra­tion. In respi­ra­tion devices, the blower is given addi­tional damping and is encased in a foam cage within a sound­proof box. The air intake and outlet ducts meander like an exhaust system for optimum noise minimi­sa­tion. The result is that the Breas iSleep device, for example, has a noise level of just 21 d B ( A ) acoustic power – perfect for a good night’s sleep.

The engi­neers at St. Georgen achieved the smooth­ness with which the blower runs by using an iron-free motor. Air coils are used instead of stator teeth. This means that the motor has no magnetic resis­tance, gener­ates less struc­ture-borne noise and has lower power loss. Because the EC tech­nology employed has no brushes (wearing parts), the blower lives up to its nick­name in terms of service life: around 20,000 hours, well over two years in “around-the-clock” oper­a­tion – even in unfavourable condi­tions. “Dust parti­cles hardly affect the blower. In prin­ciple it works like a vacuum cleaner,” explains the Product Manager, stressing the robust­ness of the centrifugal blower. The EC motor’s hall­mark energy effi­ciency means not only low current consump­tion. In the case of the Turtle Blower it means above all else improved dynamics. The fact that it is highly compet­i­tive is the result of these numerous tech­nical advan­tages, but also the result of its cost-effec­tive­ness. Its rela­tively low produc­tion costs also makes it econom­ical for the customer.

While the core area of appli­ca­tion of the Turtle Blower today is in respi­ra­tion devices, its secret has not gone unno­ticed in other indus­tries: high pres­sure and low flow rate. The ideal working level for the CPAP appli­ca­tion is also very inter­esting for other appli­ca­tions.
For example, the stan­dard versions of the blower can also be found in hot air soldering devices and in smoke extrac­tion systems. Take the TITANUS® product family of the company Wagner Group GmbH, the pioneering and glob­ally leading supplier of inno­v­a­tive complete solu­tions in fire protec­tion. Here, the stan­dard Turtle Blower ensures that air is constantly extracted from the moni­tored area and conveyed to the detector unit via a pipe system that may be up to 560 metres long. The continual suction power required for this sensi­tive task is reli­ably provided by the high pres­sure of the blower. Because the blower is extremely robust, this smoke detector system is espe­cially well suited for problem areas where there is a high inci­dence of dust or even radi­a­tion. The system is prac­ti­cally noise­less, as the detector in which the quiet turtle works is located outside the moni­tored rooms. There­fore this system is well suited to detect smoke early, for example in hospital wards or in hotel rooms. The company Truma Gerätetechnik GmbH & Co. KG in Putzbrunn near Munich was also alerted to the high-perfor­mance Turtle Blower. The market leader in the field of liquid gas heating systems for leisure vehi­cles and boats has devel­oped a fuel cell that can be oper­ated with a conven­tional propane gas bottle. Because the cell uses hydrogen as fuel, the propane gas first has to be converted in a so-called reformer. The portable VeGa fuel cell system simul­ta­ne­ously employs the blower for two different tasks.

In the reformer, the Turtle Blower supplies the catalytic burners which provide the required temper­a­ture for the reforming process. In the fuel cell, the blower conveys the oxygen from the ambient air to the cathode, also under high pres­sure. The Turtle Blower performs both tasks controlled by valves. Although the stan­dard CPAP centrifugal blower already gener­ates a high pres­sure with 20 millibars, the engi­neers at St. Georgen had to modify the coils of the drive motor for Truma, as a higher oper­ating point was needed. The blower now gener­ates an oper­ating pres­sure of up to 45 millibars in this appli­ca­tion. And that is not the only thing that makes it a truly powerful universal genius.

The universal genius gener­ates adequate pres­sure for these appli­ca­tions: In this illness, apnoea occurs while the patient is sleeping. The body then suffers from lack of oxygen and gener­ates arousal reac­tions. These are not noticed by the patient. The conse­quence of the rest­less sleep is great daytime fatigue and some­times severe secondary illnesses such as heart attacks, strokes and depres­sion. 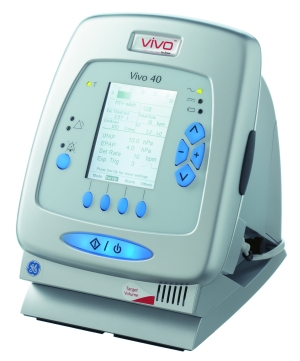 Contin­uous Posi­tive Airway Pres­sure is a form of medical respi­ra­tion employed in both clin­ical and domestic appli­ca­tions that dynam­i­cally supports weak breathing by the patient. It guar­an­tees suffi­cient respi­ra­tion volume by contin­u­ously moni­toring the respi­ra­tion flow demanded and supple­menting this as neces­sary. Breathing depth, frequency and air throughput are deter­mined by the patient himself. CPAP is primarily used for treating sleep apnoea. Fuel cells convert energy stored in chem­ical substances directly into elec­trical current. This contrasts with combus­tion engines, in which the chem­ical energy is first converted into thermal energy. The fuel cell has a greater poten­tial effi­ciency and when oper­ated with hydrogen is also emis­sions-free, as water is the only waste product created from the reac­tion.

Most fuel cells work using hydrogen. This may be indus­tri­ally manu­fac­tured, supplied in a tank, or it may be gener­ated locally by refor­ma­tion of a primary raw mate­rial such as propane gas. Here, the raw mate­rial is converted into a hydrogen-rich gas in a catalytic converter under high temper­a­tures. This active system for fire detec­tion contin­u­ally takes samples of air from the moni­tored rooms and conveys these through a pipe system to a detector unit. There, optical measuring cham­bers analyse the propor­tion of smoke parti­cles. Phys­ical filters and a fire pattern detec­tion algo­rithm stored in the soft­ware provide a high level of protec­tion against false alarms. In contrast to decen­tral­ized fire detec­tors, smoke extrac­tion systems are more main­te­nance-friendly and can also be installed almost invis­ibly.

In contrast to soldering with irons, the soldering joints are not heated by direct contact with the hot tool. rather it is heated by a flow of hot air to a temper­a­ture greater than its melting point.