Fan impellers with diam­e­ters of one or two meters are often driven by AC motors. However, by the time the next stage of the Ecode­sign Regu­la­tion for fans comes into force, many of these solu­tions will no longer meet the increased require­ments. The suit­able alter­na­tive will then be new high-perfor­mance EC external rotor motors that operate at high effi­ciency levels.

If modern EC motors are used as the driving force in fans instead of conven­tional AC tech­nology, energy consump­tion and hence oper­ating costs can be signif­i­cantly reduced. It pays to convert to EC tech­nology for other reasons as well. EC fans have infi­nitely vari­able speed control and operate at high effi­cien­cies even in partial-load oper­a­tion. They also offer networking options and, if appro­pri­ately designed, can with­stand even harsh ambient condi­tions. These advan­tages can now also be used with larger fans that deliver huge air flows. With its new FanDrive DV280 (Fig. 1) ebm-papst has devel­oped a new high-perfor­mance EC motor that, with an elec­trical input capacity of up to 24 kW and a torque of impres­sive 180 Nm, is suit­able for universal use on large fans world­wide.

The robust motor is designed for heavy wheel loads, oper­ates with the high effi­ciency of up to 95 percent that is typical of EC motors (better than IE5 in accor­dance with IEC/TS 60034-30-2) and is there­fore an energy-effi­cient alter­na­tive to the powerful AC motors that are commonly used in this area of appli­ca­tion (Fig. 2). The new motor does not require any rare earths for its inte­grated perma­nent magnets and is also very compact due to the external rotor design typical of ebm-papst, while at the same time being well protected against envi­ron­mental influ­ences thanks to its robust construc­tion. Fig. 1: Powerful EC motor with external rotor design. With outputs of up to 24 kW and a torque of up to 180 Nm, it is suit­able for universal use on large fans. (Graphic | ebm-papst) Fig. 2: Even in partial-load oper­a­tion, the FanDrive DV280 EC motor from ebm-papst has an effi­ciency of over 95 percent and delivers a torque of up to 180 Nm. (Graphic | ebm-papst)

As a direct drive, the EC motor offers many advan­tages in prac­tical use. For example, no wear-prone and high-main­te­nance belt trans­mis­sions are neces­sary. The fan impeller, which can be either centrifugal or axial, can be mounted directly on the robust stub shaft or motor rotor flange. As the complete control elec­tronics (Fig. 3) are inte­grated in the motor, there is no need for external devices such as vari­able frequency drives that have to be assem­bled, wired and para­me­ter­ized. The elec­tronics of the EC motors can be replaced for possible main­te­nance work without having to disas­semble the motor or fan. The elec­trical inter­faces are program­mable, which reduces the number of connec­tion termi­nals required and hence the wiring work. Fig. 3: The elec­tronics of the EC drives can be replaced for possible main­te­nance work without having to disas­semble the motor or fan. (Graphic | ebm-papst)

But the new motor also has plenty to offer in other respects. For example, a vibra­tion sensor is inte­grated, which enables auto­matic reso­nance detec­tion and ulti­mately increases oper­a­tional reli­a­bility. This is because prema­ture fan fail­ures are usually caused by vibra­tions due to the instal­la­tion situ­a­tion. To detect these, a test start-up is carried out during commis­sioning in which the vibra­tion level is recorded and analyzed over the entire speed curve. If exces­sive vibra­tion veloc­i­ties are now detected in certain ranges, the control soft­ware in the elec­tronics auto­mat­i­cally adjusts itself so that these speed ranges are “hidden” during further oper­a­tion. This means that they are passed through, but there is no contin­uous oper­a­tion in these ranges.

Centrifugal fans are used in a wide range of appli­ca­tions. Depending on the instal­la­tion situ­a­tion, reso­nance can occur in unpre­dictable speed ranges. If the fan is often oper­ated in such crit­ical ranges, the drive motors’ bearing system may be damaged, leading to fan failure. For system oper­a­tors, these vibra­tions can be measured but are not easy to suppress. In its RadiPac centrifugal fans, ebm-papst solves the problem with an auto­matic reso­nance detec­tion func­tion that mini­mizes the effect of vibra­tions. 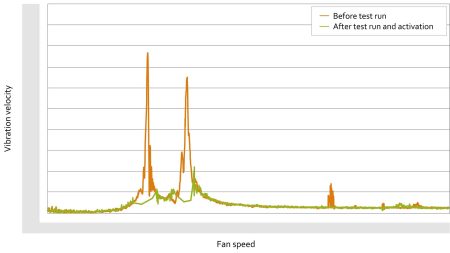 Fig. 4: Even in partial-load oper­a­tion, the FanDrive DV280 EC motor from ebm-papst has an effi­ciency of over 95 percent and delivers a torque of up to 180 Nm. (Graphic | ebm-papst)

A test start-up is carried out during commis­sioning in which the vibra­tion levels over the entire speed curve are recorded and analyzed. If exces­sive vibra­tion veloc­i­ties are detected in specific ranges, the control soft­ware auto­mat­i­cally sets itself to “fast-forward” through these speed ranges in the future. (Fig. 4). In this way EC centrifugal fans can be oper­ated without risk of damage. Oper­a­tors can manu­ally edit the soft­ware settings at any time and always have full control.

If an imbal­ance occurs during oper­a­tion, for example due to cont­a­m­i­na­tion, this is also detected and displayed at a suit­able point so that appro­priate reme­dial measures can be initi­ated. Oper­a­tors can manu­ally edit the soft­ware settings at any time and always have full control. The motor’s heat dissi­pa­tion has also been opti­mized. Reli­able cooling is provided both by the special housing geom­etry (Fig. 5) and an addi­tional fan, which actively cools the elec­tronics during oper­a­tion. Fig. 6: The complete fan unit (here in the form of a RadiPac centrifugal fan) requires less space, which can make trans­port and assembly much easier. These plug & play, ready-to-connect complete solu­tions also offer users the added benefit that the motor and impeller are perfectly coor­di­nated. (Graphic | ebm-papst)

Thanks to its external rotor design, the motor also has impres­sively compact dimen­sions. This means that the entire fan unit requires less space, making trans­port and assembly of the complete plug & play solu­tion much easier. This is partic­u­larly bene­fi­cial when ebm-papst combines the new motors with back­ward-curved centrifugal impellers (Fig. 6). These are attached directly to the outer rotor, with the motor immersed in the impeller.

As a result, the fan requires little space in the axial direc­tion. Even large, size 800 RadiPac centrifugal fans that convey air at up to 40,000 m³/h wide open and reach maximum pres­sures of 2,300 Pa, fit through normal doors in retrofit projects, for example, and do not have to be deliv­ered by crane. The plug & play fan systems arrive at the construc­tion site with perfectly coor­di­nated motor, elec­tronics and fan tech­nology as fully assem­bled, compact units – which makes handling and commis­sioning child’s play.

The special blade geom­etry of the RadiPac product range dras­ti­cally reduces flow losses. The inlet ring made of galva­nized sheet steel is designed for perfect inter­ac­tion with the new impeller. The sophis­ti­cated impeller geom­etry not only reduces flow losses, but also noise gener­a­tion. In addi­tion, its robust mechan­ical design means that the impeller has an impres­sively long service life.

Posi­tioning drives are used in indus­trial automa­tion, intral­o­gis­tics, medical tech­nology and access control systems. The different types of appli­ca­tions require the tech­nology used to fulfill very different require­ments. Should the drives be as compact as possible? Are high outputs or high dynamics required? What is the starting torque or over­load capacity like? »