Equipped to deal with the cold

Axial fans in evap­o­ra­tors have a lot to contend with. The cold side of a cooling circuit is not exactly a tech­nology-friendly working envi­ron­ment. The forma­tion of ice and its removal, often involving the forceful use of tools, demands solu­tions which are robust but at the same time energy-effi­cient and which func­tion reli­ably under tough ambient condi­tions. The fans also have to be able to with­stand manda­tory regular cleaning with a steam jet cleaner. Figure 1: AxiCool fans as of size 500 are designed for use in large cold stores and produc­tion facil­i­ties in the food­stuffs industry.

It was with precisely these require­ments in mind that the motor and fan special­ists from ebm-papst in Mulfingen set about devel­oping their AxiCool product range. With these fans it is now possible to cover the entire spec­trum of evap­o­ra­tors and air coolers used in trade and industry. Whereas sizes up to 450 are partic­u­larly suit­able for commer­cial appli­ca­tions and small store rooms on sales premises, the new sizes 500, 630 and 800 are intended for larger-scale appli­ca­tions, for instance in large cold stores or ware­houses and produc­tion facil­i­ties used in the food processing and food­stuffs indus­tries. This means that prac­tical and, what’s more, highly energy-effi­cient axial fans are now avail­able for high-perfor­mance evap­o­ra­tors in indus­trial and commer­cial cooling systems (Figure 1). 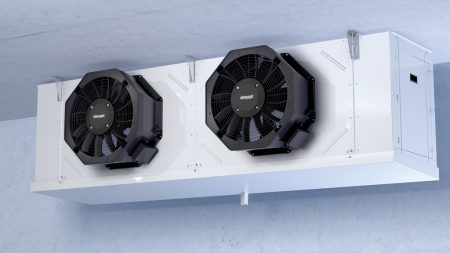 Figure 2: Axial fans in evap­o­ra­tors have a lot to contend with. The cold side of a cooling circuit is not exactly a tech­nology-friendly working envi­ron­ment.

Fans used in evap­o­ra­tors (Figure 2) can be described as follows: Every fan is a system comprising a motor, control elec­tronics and a flow machine. This has to be consid­ered in its entirety, partic­u­larly when judging energy effi­ciency, air perfor­mance and noise char­ac­ter­is­tics. The new AxiCool fans are based on just this philos­ophy. All the compo­nents are perfectly matched, right down to the periph­eral parts such as the guard grille and patented fan housing system, the HyBlade® fan impeller, the motor and the control elec­tronics. This adds up to a ready-to-install, energy-effi­cient, quiet-running plug & play unit. It also creates an ideal basis for better clas­si­fi­ca­tion in the context of volun­tary ErP labeling, which is increas­ingly becoming a stan­dard feature of evap­o­ra­tors and air coolers. Figure 3: The guide vanes in front of the guard grille mini­mize flow turbu­lence to achieve maximum effi­ciency and minimum noise.

Consid­er­a­tion must always be given to the high back pres­sures involved when looking for ways to improve the energy effi­ciency of fans in evap­o­ra­tors. Bearing this in mind, the fans were fitted with a so-called diffuser in combi­na­tion with guide vanes (Figure 3). This inte­grated guide vane system mini­mizes flow turbu­lence to achieve maximum effi­ciency and minimum noise. In this way, air perfor­mance can be increased by up to 12% and the noise level lowered by as much as 3 dB (A).

Further design details help to coun­teract ice forma­tion and opti­mize the defrosting cycles: For example, the fan housing and blades are made of tough plastic, a mate­rial which in itself is less prone to ice forma­tion than metal. The metal guard grille is designed to with­stand rough treat­ment. The need for this is obvious, given that mechan­ical means are usually employed to remove the ice forming on the grille. It is also flat rather than being curved to make it easier to clean. Figure 4: The fan hous­ings are provided with an inte­grated mount for fitting an air bag which cuts defrosting cycle times by 50%.

In addi­tion, a heating tape can be inserted directly in the fan housing system with the fan cover. The advan­tage of fitting the heating tape directly in the fan housing system is that the cavity acts like an insu­lator, thus preventing the unnec­es­sary transfer of heat to the surrounding area. Heat is gener­ated where it is needed. This reli­ably stops ice forming between the axial blade and the cover, which could block the fan. An air bag can easily be fitted to seal off the air discharge duct during defrosting and when the fan is switched off (Figure 4). An appro­priate bead with a contact surface for securing is already inte­grated into the fan cover. The air bag causes heat to accu­mu­late during the defrosting process and be retained in the cooler. This cuts the defrosting time by about 50% and makes for a low final defrosting temper­a­ture, thus saving a consid­er­able amount of energy.

Drainage chan­nels on the inside of the fan housing route the melt water occur­ring on routine defrosting towards the drip pan provided at the condenser. There is no danger of the blades freezing up or water being sprayed onto the items in storage when the fan starts running again. The more strin­gent the hygiene require­ments, the more impor­tant this feature becomes. The cont­a­m­i­na­tion of open food­stuffs with splash water must always be avoided for example.

Stan­dard and High-End versions of AC and EC fans Figure 5: AxiCool fans as of size 500 are avail­able in two different versions: as a stan­dard version including guide vanes and a fitting guide for the heating tape (left) and as a high-end version with addi­tional fan housing cover to reduce heat transfer to the cold store (right).

With an air perfor­mance of up to 24,600 m³/h, the AxiCool series of axial fans is suit­able for a variety of typical evap­o­rator appli­ca­tions. All fans can be supplied as either a high-end version with inte­grated discharge vanes, fan housing cover and terminal box or as a stan­dard version. This also has inte­grated discharge vanes; the terminal box and/or fan housing cover is/are option­ally avail­able with the high-end version. Where high hygiene stan­dards are required, the extra advan­tage of the fan housing cover is that it is easy to remove the small amount of dirt likely to form on the smooth surface (Figure 5). It also reduces heat transfer to the cold store during the defrosting cycles. Figure 6: For a size 500 fan energy consum­tion is around 46% lower than with stan­dard AC fans with short nozzle.

Thanks to the special bear­ings and greases used, all versions can with­stand temper­a­tures down to -40 °C and, with their external rotor design, are extremely compact. This in turn means that the entire evap­o­rator unit requires less space. As stan­dard, the fans satisfy the require­ments of degree of protec­tion IP55, can be used for either suction or blowing and are avail­able in the same size with AC or energy-effi­cient Green­Tech EC motors. Being far supe­rior to AC motors in terms of effi­ciency, EC motors produce less waste heat, which is of course a great advan­tage for cooling appli­ca­tions. At the same time energy consump­tion is reduced. For a size 500 fan for example it is around 46% lower than with stan­dard AC fans with short nozzle (Figure 6).

Control and networking: “IoT” (Internet of Things) and remote access

As a further advan­tage, the EC version enables users to choose between conven­tional On/Off (two-step) control or demand-based control by way of a 0-10 V signal. This facil­i­tates indi­vidual adap­ta­tion to partic­ular cooling require­ments. Typical exam­ples include the maturing of cheese and the ripening of sensi­tive fruit and vegeta­bles in storage. EC motors also retain their high effi­ciency level in part load oper­a­tion. Demand-based control makes it possible to achieve further energy savings, for example the fan speed can be reduced when the shop doors are closed at night and the temper­a­ture tends to remain constant.

Using a serial MODBUS inter­face, the fans can simply be inter­con­nected and incor­po­rated into the higher-ranking building automa­tion system for refrig­er­a­tion circuit moni­toring for instance. It is then also easier to access the refrig­er­a­tion system by way of remote moni­toring – a func­tion which is certain to gain in signif­i­cance in the future. The effi­cient, compact, tailor-made “Plug & Play” concept is sure to open up a wide range of poten­tial indus­trial and commer­cial cooling appli­ca­tions for the “large” models in the AxiCool product range as well.

Better air conduc­tion, easy main­te­nance and high effi­ciency. That is what GEA Küba achieved when redesigning an air cooler in close coop­er­a­tion with ebm-papst»